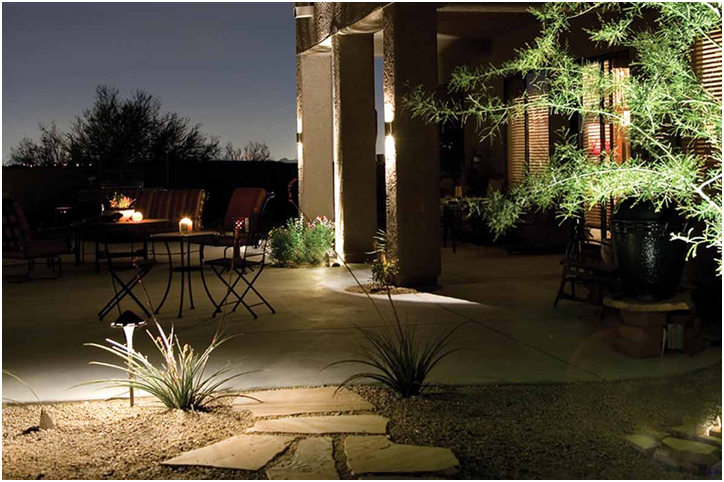 Landscaping has been done for centuries, with signs of it found in the ancient Roman, Greek and Eastern cultures. It is a multi-billion dollar industry. There are companies like the one owned by Brendan Wetzel that specialize in it. Landscaping involves multiple design elements like color, line, form and texture. While landscaping is not a set art where everything must be done a certain way, there are general styles that are commonly used in the world and used as bases for landscaping individual properties. Here are five popular landscape design styles.

Another favored look in landscaping is the Mediterranean style. As per its name, it was first popularized in the Mediterranean part of the world and has many variations, including French, Tuscan and Spanish ones. It is a style that emphasizes elegance, lush, vibrant greenery, colorful flowers like lilacs and decorative pieces. Tiered fountains, columns, statuaries and hedges are examples of aesthetic additions normally found in Mediterranean landscaping. Bocce ball courts and herb gardens are also associated with this style.

Landscaping built around desert elements is also common, generally in natural desert regions, but also in non-desert areas. Like the desert itself, lawns designed in the desert style revolve around rocks, sands, succulents like cacti and drought-resistant flora. This is a style well-suited for areas where water is not so abundant and the climate is dry and hot.

Then there is Asian style, a serene, natural style which originated in, you guessed it, Asia. It features traditional Asian elements like the integration of nature, curved, winding paths, stones and sources of water. Asian architecture and art also hold prominent spots in lawns styled in the Asian manner, including pagoda towers. Japanese maple trees, ginkgo plants, bamboo and other Asian plants are popular. The style has become popular in other parts of the world as people have become more interested in Eastern culture.

Many people love to vacation on warm tropical islands, so naturally, there exists a tropical landscape style, which is characterized by bold colors and greenery. Tropical landscaping possesses many natural tropical factors like plants with large, broad leaves and flowers in vivid hues, but it actually has a wide range of looks. Some people think of tikis when they have their backyard designed, and it is reflected in the final products. Other tropical style landscapes have gentler, more coastal vibes. Items like pools, palm trees and hammocks are often used in this style.

The five styles listed here are by no means the only styles in the world of landscaping. There are many more styles used in landscaping.

Signs You Need to Call an Electrician, Home Improvement

Why Every Household Needs a Countertop Water Purifier

2 Factors to Consider When Building Your Luxury Pool Complex