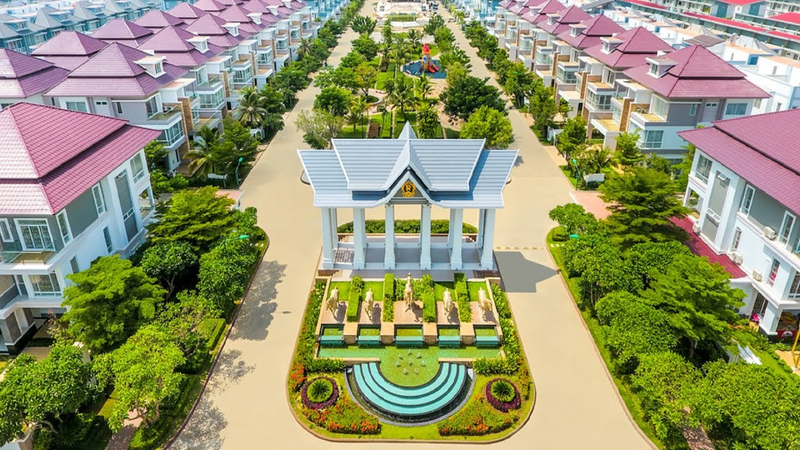 Cambodia isn’t all that expensive a country. Sure, over the years, prices have been gradually rising, but all that means is that it’s perhaps getting close to that time where you ought to consider purchasing some property there. But where? What are some of the cheaper options in Cambodia, when it comes to property prices? Here’s a list of the top 5 cheapest places where you can still purchase property in Cambodia.

The list kicks off with a city found in Cambodia’s North-East, and with a heavy focus on local commodities. Ban Lung is a wonderful place to buy property, made all the better by its culture, beauty and pricing. Though not the most popular city, its general property pricing of around 2,896,216 Cambodian Riel ($710) per square metre makes housing outside of the city centre a practical steal. This is only the beginning of the list, however, and the prices only get better from here.

Kampot is a wonderful city found along the Preaek Tuek Chhu River in Southern Cambodia. It’s gained much renowned for its colonial architecture, salt fields, as well as its plantations of pepper. The ideal place to buy property if you’re interested in Cambodian culture, with city centre prices averaging at around 4,079,178 Cambodian Riel ($1,000) per square metre, and housing outside the city centre averaging closer to 2,039,589 Cambodian Riel ($500) per square metre. An ideal place for purchasing property.

Khemara Phoumin, the largest city in the Koh Kong Province as well as its capital, is centralised on this list for its rather differentiating price ranges. In the city centre, you’ll find the prices of property average out at a right high (for Cambodia) 5,914,808 Cambodian Riel ($1,450) per square metre. Outside the city centre. Prices differ wildly, with a near-shocking average of about 469,105 Cambodian Riel ($115) per square metre. And the properties here aren’t of the run-down sort either, with a promise of decent to great quality.

Found at the base of Phnom Udong Mountain, Oudongk is just about one of the most beautiful cities in all of Cambodia. From the periods of the 17th-19th centuries, it had even been the site of the royal capital and films. City centre prices are relatively high, but what you’ll want to keep an eye out for are the properties just outside of the city centre, where you’ll find prices averaging between 407,917–815,835 Cambodian Riel ($100-$200) per square metre.

The number one option on the list for the cheapest property prices in Cambodia is Pursat, capital of the Pursat Province. It also lies on the Pursat river, and its rather unique name is derived from a type of tree found in Cambodia. What makes this city so cheap is likely its obscurity – you could find properties outside of the city centre costing anywhere between 203,958–407,917 Cambodian Riel ($50-$100) per square metre. The issue with this arises in the fact that there just aren’t that many property listings in Pursat. Finding a cheap place to purchase in Pursat is made difficult not from its price, but from its absolute lack of a housing market. Nonetheless, if you tour around locally, you’re sure to find something for a most agreeable price.